Lowry looking to the future with impressive Te Rapa winner

Progressive three-year-old Wewillrock will head to the spelling paddock after a clear-cut victory at Te Rapa on Saturday which has trainer Guy Lowry keen to see just how far he can go in his next campaign.

Lowry, who prepares the son of Westbury Stud stallion El Roca with training partner Grant Cullen, had been expecting his charge to produce a good showing with a gear change that saw him replace the visor blinkers he wore at his last start with a full set of blinkers on Saturday.

Lowry felt the visor blinkers may have cost him the runner-up position behind smart filly Bonny Lass in the Gr.3 Cambridge Breeders’ Stakes (1200m) last month, where he was out-finished in the last few strides by Wairau Cove when placing third.

Despite a tardy start that cost him half a length on Saturday, Wewillrock never looked in danger of defeat against his age-group rivals in the 1100m contest as he charged up against the rail at the point of the home turn for rider Jonathan Riddell, before cruising clear to win virtually untouched by a length and a half.

“He did a bit wrong first up with the visor blinkers on which may have cost him second,” Lowry said.

“Today the blinkers went back on and he showed the touch of class that he does have.

“I think he is a very nice horse, who is very versatile as he broke 1.10 for 1200m when he won here back in December after winning his maiden at Taupo on a Heavy 9 surface.

“He handled the heavy again today, so he is very adaptable.” 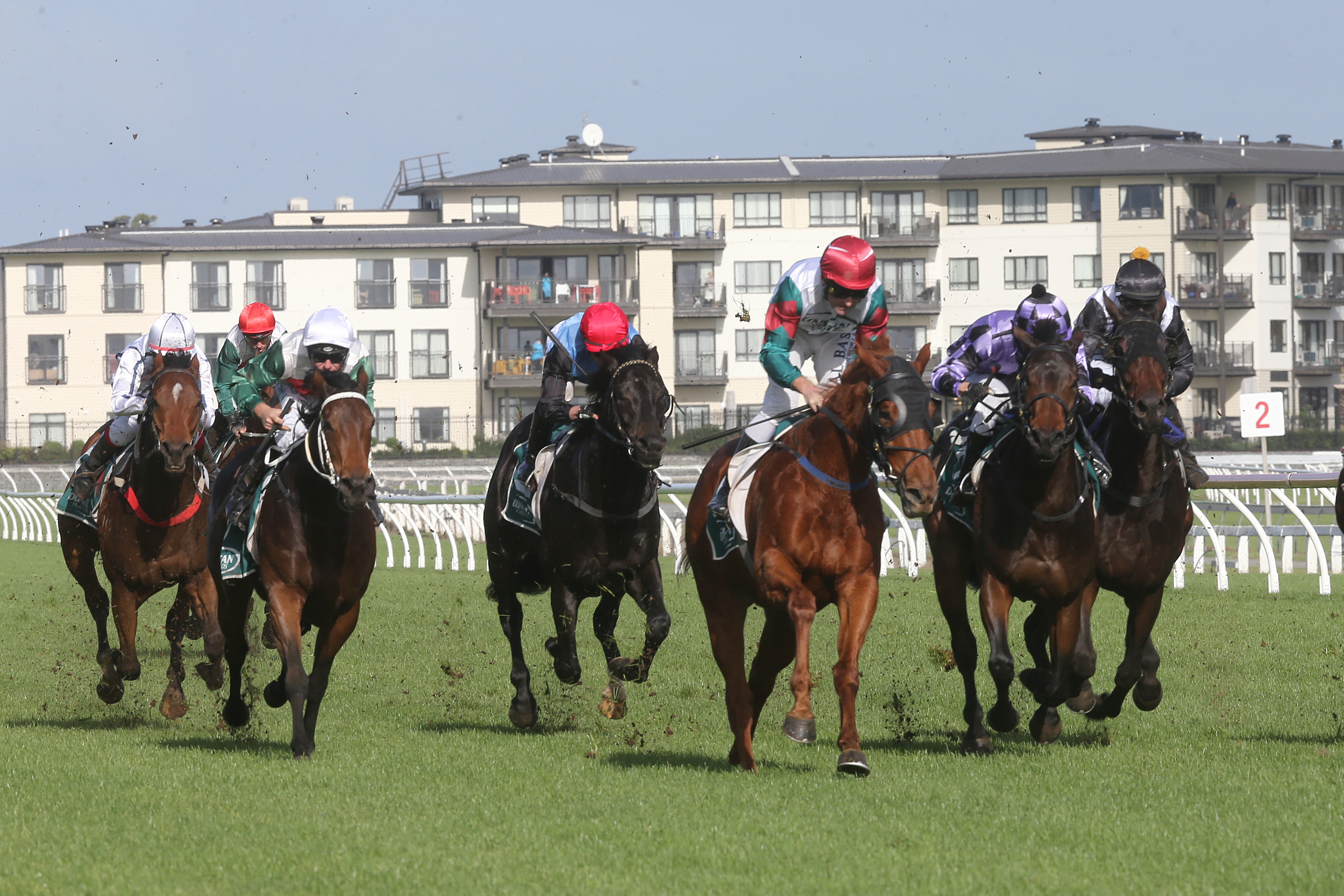 Jonathan Riddell has Wewillrock well in charge as they head to the finish at Te Rapa.  Photo Credit: Trish Dunell

Lowry is keen to send Wewillrock to the spelling paddock now before bringing him back for a spring campaign.

“He has done a good job as a three-year -old so we might put him away as there really isn’t anything around for him over the next couple of months,” he said.

“We’ve kept him to the sprint trips as that was pretty much where we felt he was best suited however I can certainly see him going a little further in the future.

“When he won at Taupo he was three wide most of the way, so with natural maturity playing in his favour then there is no reason to think he can’t get up to a mile at some stage.

“We have raced him pretty sparingly and looked after him and I think that will certainly pay dividends further down the track.”

Wewillrock is the grandson of well-performed racemare Wazawatsyn, who won ten races including three at stakes level. He was a $35,000 purchase by Lowry under his Game Lodge banner from the Westbury Stud draft during the Book 2 sale at Karaka in 2020.