Believe us when we say, the New Zealand Bloodstock Karaka Million at Ellerslie is an event NOT to be missed. With high stakes ($2.48million to be exact, but we’ll get to that shortly) and a buzzing atmosphere to match, this truly is one of the biggest and most glamorous nights on the racing calendar – and it’s less than a week away! 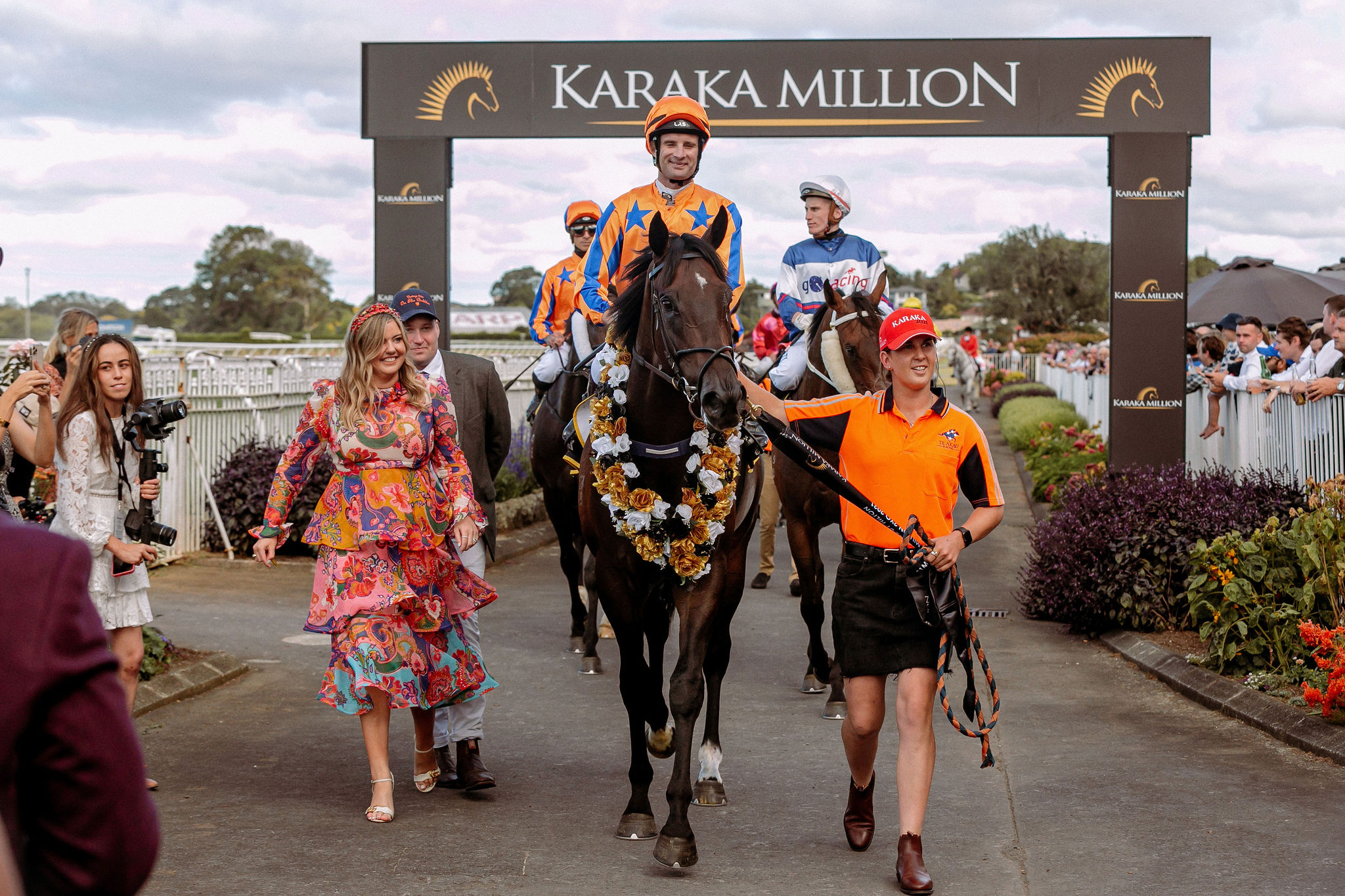 With not one but two $1 million races, racing doesn’t get much more exciting. Feel the anticipation build before the gates crash open in the $1,000,000 DoubleTree by Hilton Karaka Million 2YO. Then witness the country’s top 3-year-olds thunder down the Ellerslie home-straight in the $1,000,000 Karaka Million 3YO Classic. With four other races run in support, this fast-paced twilight event showcases New Zealand racing at the most elite level, in a seriously stylish way. 3.30pm – All other hospitality precincts open

After the last race General Admission bars will remain open and those ticketholders can also go into The Cavallo Club. Please note General Admission tickets will not provide entry into The Winning Post Bar or Cuvée for the official after party where guests will be entertained by a band, followed by Jetski Safari who’ll keep the party going.

Six tips for a day at the races