10 March 2020
With International Women’s Day last Sunday and NZ Oaks Day this Saturday - it’s a week for the girls! From the groundbreakers to the trailblazers, let's take a moment to reflect on the women who have left, and continue to leave, their mark on our racing industry.
Linda Jones We’ll start well... at the start! Linda Jones was one of New Zealand’s first female jockeys and helped pave the way for female jockeys today. After taking part in the novel ‘Powder Puff Derby’ in 1970, a race for female jockeys run during the time when they were not permitted, Jones knew a life in the saddle was for her. She applied for a jockey’s licence in 1976, a request which was denied.
Not one to take ‘no’ for an answer, the Cambridge horsewoman requested an appeal and what followed couldn’t have been more 1970s clique - Linda was told she was ‘too old’ (she was 24 at the time), ‘married’, ‘not strong enough’ and that she would be ‘taking the earnings from her male competitors’ (?!!). After much persistence, Linda was granted a license in 1978.
Linda’s first winning ride came aboard ‘Big Bickies’ that same year at Te Rapa Racecourse and was the start of a succession of groundbreaking firsts. Linda was the first woman to ride four winners in a day (also at Te Rapa), the first to win an open handicap, to win at Ellerslie, to ride at Flemington, to win against men in Australia and the first woman in the world to win a Derby (aboard ‘Holy Toledo’ in the Wellington Derby).
Linda’s career wasn’t a lengthy one, spanning only two full seasons, but what she achieved in the short space of time was nothing less than remarkable. In addition to riding on both sides of the Tasman, Linda rode in South Africa, Europe and North America. Linda kicked home 77 winners, was the leading first-year apprentice and ran second in the jockeys premiership. Linda was awarded an MBE for her services to the New Zealand Racing Industry and was later inducted into the New Zealand Racing Hall of Fame. It’s a stunning record and one that will always be a case of ‘what could have been’, should Jones have been given a little longer in the saddle.
Lisa Allpress 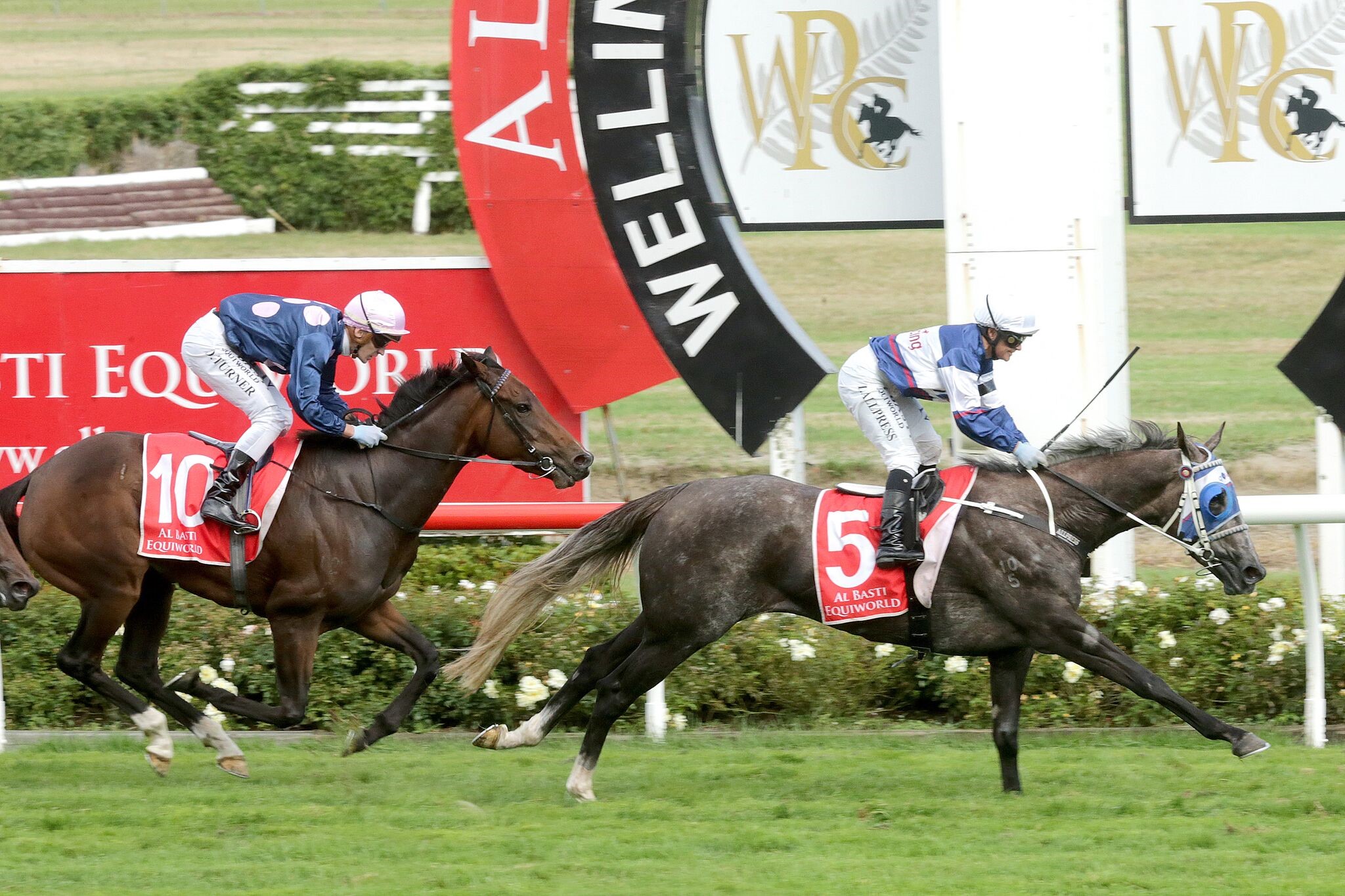 Sentimental Miss and Lisa Allpress striding to victory in the Gr.1 New Zealand Oaks, March 2019.
Contrary to that of Linda Jones, Lisa Allpress’s career has been one of longevity, spanning over two decades... and counting! Twenty-four years on from taking out her licence and Lisa is (in the words of Beyonce) running the (racing) world, currently leading the New Zealand jockeys premiership.
It was at the Waitangi Day Races at Tauherenikau in 2013 when Lisa reached a milestone most jockeys can only dream of - kicking home her 1000th winner. She was the 25th jockey to do so, but the first woman. The winners were rolling then and they’ve continued to do so, with Allpress celebrating her 1500th win last year.
More recently, Lisa hit headlines around the world when she became the first woman to ride a winner in Saudi Arabia at the inaugural International Jockeys Challenge, a four-race series that attracted some of the best riders in the world. American superstar Mike Smith won the series with two wins, Germany’s Sibylle Vogt finished second, while our very own Lisa Allpress finished third equal with French jockey Michaelle Michel.
Lisa Latta 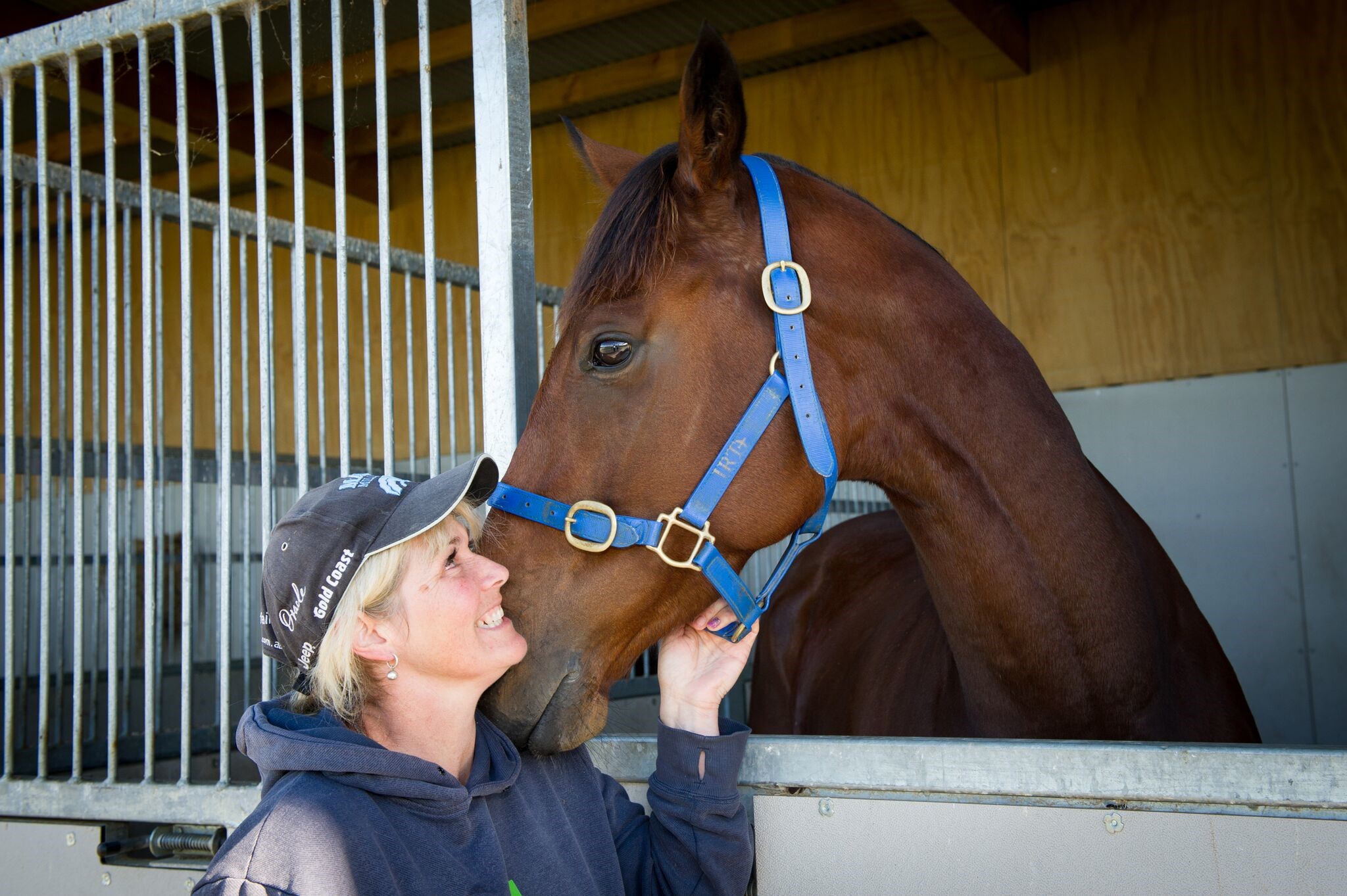 Over the past 20 years, Lisa Latta has paved the way for female trainers in New Zealand, an area of the industry that is currently more male dominated than others.
After being narrowly denied the honour in 2013 (by 3 winners!), Lisa topped the New Zealand Trainers premiership in 2014. Although she was not the first woman to achieve the feat, with Laurel Campbell doing so in partnership with Jack Jefferd in 1948, Latta was the first woman to secure the title as a solo trainer. Lisa has enjoyed much top-shelf success throughout her career, but she often refers to Sentimental Miss’ win in the Gr.1 New Zealand Oaks in March 2019 as one of her biggest racing thrills (ridden by none other than Lisa Allpress!).
The milestones have continued for Lisa, with a win by ‘Rock Island Line’ at New Plymouth Raceway last year taking the central-district based horsewoman’s career earnings to more than $20 million. As it currently stands, Lisa has trained 972 winners, awfully close to that other milestone…
Reflecting on the above, you just can’t help but think - Yeah the girls! Keen to catch the country’s leading four-legged fillies? Head down to Trentham Racecourse this Saturday 14 March for the Al Basti Equiworld NZ Oaks, part of The Classics Carnival.

The ‘X Factor’ Theory: What is it?

Your guide to racing from home