Hushed making a big noise on the show circuit

7 February 2020
South Island showing rider Sam Gregory and her Facebook bargain buy Hushed recently took home both LOVERACING.NZ sponsored titles at the New Zealand Show Horse Council South Island Spectacular.
Gregory and her off the track thoroughbred affectionately known as Donny won the LOVERACING.NZ Ladies Fashion Off The Track and Champion Thoroughbred prizes at the Christchurch A&P show grounds. In addition to this Hushed also collected both the large and newcomer Show Hack titles.
Ridden in the events by Kate Stackhouse, Hushed took home a beautiful LOVERACING.NZ rug for him and a branded jacket for his human. The wins capped off a superb summer as they were also successful in the LOVERACING.NZ Fashion Off The Track class in December's South Island Premier Championship.
It is the culmination of a story which began through the power of social media.  While Gregory was overseas in Los Angeles two years ago a Facebook post advertising a recently retired racehorse popped up. That horse was Hushed.
Advertised by a staff member from the stable where Hushed had been in work, it was obvious the horse was clearly well loved and cared for as they insisted on references from Gregory to ensure Hushed was being sold to a suitable home.
Admitting she had not ridden for almost two years at the time, Gregory decided to purchase Hushed and the rest is history. "I bought him, and he's been such a dude ever since."
Jokingly, Gregory explained Hushed was advertised as 16.2 hands, but when he arrived, he was well over 17.hh. She described Hushed as "just such a chilled-out dude."
As a racehorse Hushed had 21 starts for six wins earning over $60k for Matamata establishment Te Akau Racing. The now nine-year-old son of Don Eduardo was regularly piloted by top jockey Opie Bosson, with wins including the 2017 Listed SVS Hamilton Cup.
Showing thoroughbreds is nothing new to Gregory, and she believes Hushed is her 20th to date. Initially competed primarily in-hand, he has had just one season under saddle and often brings home wide ribbons. "He's got a home with me forever," Gregory said. 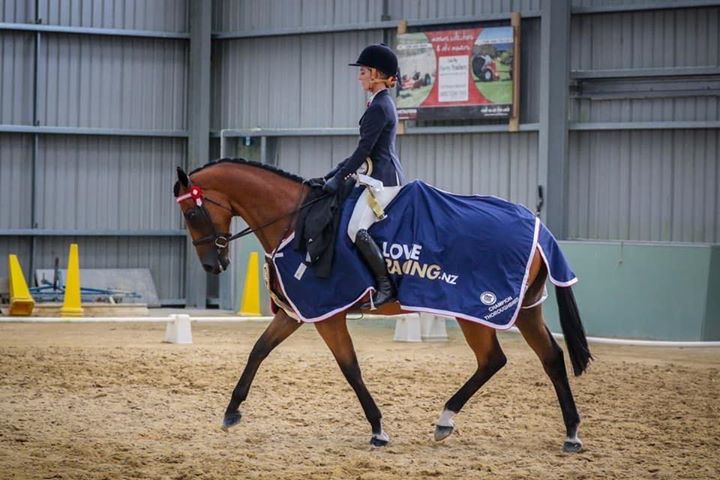 Thoroughbreds have continuously proven themselves as not just show horses but excelling at several different sport horse codes. The thoroughbred's ability to adapt to varying disciplines has cemented a long-standing reputation as the ideal equine athlete, and Gregory explained they are undoubtedly her breed of choice as a showing rider.
As they are regularly handled from a young age, the thoroughbred has a range of experiences and gains exposure to these much sooner than other breeds. "They've done everything, they're so experienced," Gregory said.   “The thoroughbred is definitely my favourite breed."
Anatomically bred for speed and stamina this, along with their willingness to learn, helps make the thoroughbred one of the most agile, intelligent and trainable breeds.
Varying in size and shape, from heavy hunter types to the fine and petite, thoroughbreds are suited a range of different disciplines. Gregory explained numbers are dwindling at many showing events, but initiatives and sponsorships from organisations such as LOVERACING.NZ which encourages entries.
As strong supporters of the rehoming of thoroughbreds, LOVERACING.NZ sponsors a number of different showing events throughout the country. Not only does this promote the versatility of the thoroughbred, the good prize money up for grabs encourages entry numbers.
"It's so good to know the racing industry are helping horses going on to become show horses. They're putting money back into the sport," Gregory said.
The Cambridge A&P show in November saw 37 entries battling it out for the $500 grand prize in the LOVERACING.NZ thoroughbred class. With entrants including New Zealand Derby winner Military Move, 10-time Gr 1 winner Mufhasa and stakes winner Magnum who was still in training but just taking a break from his normal racetrack activity. 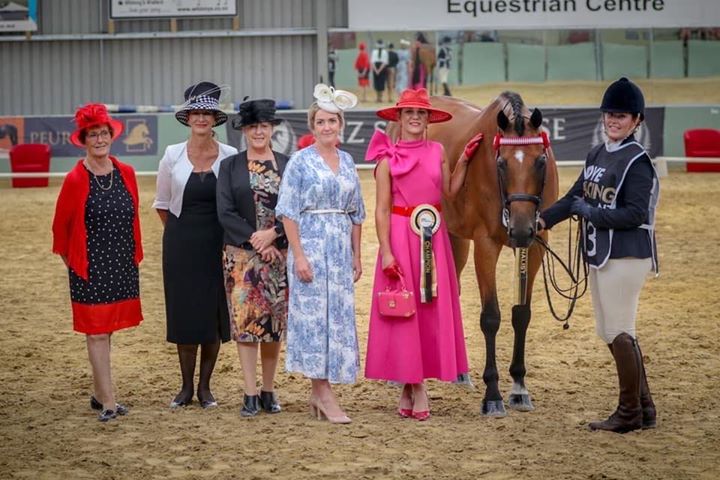 New Zealand Thoroughbred Racing (NZTR) understands how important it is to promote the thoroughbred as sport horses once their racing career has ended.  In addition to its LOVERACING.NZ sponsorship and support of a number of equestrian events, NZTR has also teamed up with Equestrian Sports New Zealand to create the Thoroughbreds in Equestrian Sports (TiES) initiative. This aims to increase the opportunities for thoroughbreds competing in equestrian sports.
With sponsorship and support from organisations such as NZTR/LOVERACING.NZ, thoroughbreds are given more opportunities once their racing career has ended. This ensures that no matter what their performance was like on the racetrack, they can go on to develop a new and rewarding second career in their life after racing.
Hushed is just one thoroughbred among many who represents the versatility and trainability of the breed.